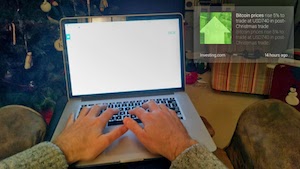 Monday is the last day you can purchase Google Glass. The controversial Google X research project will be taken off the shelf as part of its move into a product division under Tony Fadell, the former founder / CEO of Nest Labs. While the debate over whether Glass was a success or a failure will continue, the over focus on the privacy concerns of Glass has blurred the real reason for its lack of success: its failure to deliver a compelling solution to any particular target market.

Disruptive innovations have certain basic qualities (as detailed in The Innovator’s Dilemma). These include:

A classic example of a disruptive innovation was the digital camera, which for years delivered an inferior solution to an underserved segment of the photography market before eventually becoming competitive and then surpassing film-based cameras. Google Glass not only never found its underserved market, but also never seemed concerned with its inability to solve any one problem well for any particular group of users. In many ways, Google Glass felt like an awkward attempt to crowdsource a disruptive innovation, which was best exemplified by the Google ban on facial recognition (which in my opinion may have been the one feature that might have led Google to its underserved market).

If Google eventually releases a successful wearable, we might look back at Glass as a worthwhile research project that yielded valuable insight and data. But more likely we will all be wearing our iGlass 5+ years from now, and Google's investment will be a footnote in wearable history.

My personal Google Glass Journey from 2013: